During a routine stop outside of Paris this February, a customs officials searched the luggage compartment of a bus. He found an unlikely and truly rare treasure: A painting titled“The Chorus Singers” by Edgar Degas. It was discovered in an unclaimed suitcase.  Degas’ signature, was clearly on the painting, and the official noticed!  He turned it over to the Musée d’Orsay who later confirmed its authenticity. Degas created the small pastel painting in 1877.  It depicts a group of opera singers on a theatre stage. Notably, this is the only opera inspired work by the artist that does not include his trademark ballet dancers. The work is valued around $1,000,000.

How did it get on the bus?  In 2009, the painting was stolen from Musée Cantini in Marseille. It had been on loan from the Musée d’Orsay in Paris. The lack of evidence at the crime scene pointed to an inside job. However, no arrests were made at the time and the case turned up no leads until now.

The investigation has been taken over by a French agency that handles art theft. Meanwhile, the French government and Musée d’Orsay are delighted to have the piece safe and sound where it belongs. “It is a wonderful and happy ending to the story,” a spokeswoman for the museum told the press.

Maybe you have some hidden treasures at your house.  Be sure to have one of our appraisers take a look before you sell anything!

Serving all of Colorado + 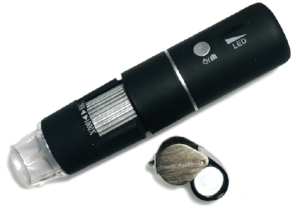